These statistics are generated based on the current listing's property type and located in Airdrie. Average values are derived using median calculations.
Get market change alerts
more maps

This GORGEOUS Crystal Creek Estate home is FULLY LANDSCAPED situated on a quiet cul-de-sac & BACKING GREEN-SPACE! Hardwood floors throughout the entire main & upper levels, 9' ceilings & 8' interior doors are only a few of the features you'll notice when you step inside. Notice the Grande front entry open to above while your eye carries through to an open concept living space w/ big windows for tons of natural light & Dbl sided, floor to ceiling STONE GAS fireplace. Inside the GOURMET Kitchen are 2-tone shaker style cabinetry, QUARTZ countertops w/ a massive island, STAINLESS UPGRADED appliances including a 6 burner GAS STOVETOP, wall oven & oversized Fridge/Freezer combo. Step outside onto a private, covered deck w/ an outdoor stone surround, WOOD FIREPLACE to enjoy at anytime of the year! Laundry room, 2pc powder room & spacious mudroom complete this level. The TRIPLE 36'8x26'6 tandem garage has all the space You Need! Up the SPINDLED staircase is a luxurious office w/ vaulted ceilings & beautiful windows that could easily be converted to a Bedroom/Den. Notice extra living space in the Bonus Rm to stretch out & enjoy, before you step into the King sized MASTER RETREAT! West facing windows, coffered ceiling, huge walk-in closet & the SPA LIKE en-suite hosts a soaker tub, His & Her vanities, tiled shower & separate water closet. 2 additional bedrooms w/ large closets are separated by a shared large 4pc bath & set away from the master suite to allow privacy for all. The Sunshine Bsmt has a huge Family Rm, Large 4th bedroom, 4 pc bath & storage galore! For the Wine Lovers, one storage room could easily be converted to a Wine Room! Outside Note: the TRIPLE Tandem Garage w/ separate workshop as well as a driveway w/ room to park 3 vehicles. West facing, landscaped & fully fenced backyard backs green-space w/ privacy fence on the lower patio. No matter what season, there's a great outdoor space to spend time in! One of a Kind!

Condo Type:
Not a Condo

Corner, Fenced, Landscaped, No Back Lane, Playground Nearby, Public Transportation, Schools, Shopping Nearby

These statistics are generated based on the current listing's property type and located in Airdrie. Average values are derived using median calculations.
Get market change alerts

The data relating to real estate on this website comes from the MLS® Reciprocity program of the Calgary Real Estate Board. The data is deemed reliable but is not guaranteed to be accurate.

Voted best community two years running by city residents, Cooper’s Crossing is one of Airdrie’s most livable communities.   The 320-acre neighbourhood was named for one of the city’s founding families who settled in the area and became grain farmers over a century ago. Cooper’s Crossing boundaries are 40 Ave SW to the south, Yankee Valley Blvd to the north, the railway tracks to the east and 8 St SW to the west. There is a gentle slope to the west with views of the rolling wheat fields and mountains off in the distance.

Now a decade in the making, Cooper’s Crossing is home to 2,600 people who enjoy the 40-plus acres of open green space, playgrounds, walking trails and water features. There are ponds, picnic areas, playgrounds and a nearby splash park, skate park and ball diamonds at Chinook Park. It is a haven for families.

There is a mix of condominiums, duplex and single family homes with front drive garages, rear lanes and estate-style homes with walkout basements on large lots. The media price is $657,000 for a single family detached house, many of which were designed with a nod to the wonderful inner-city homes of Elbow Park and Scarboro in Calgary.

The small town feel of Airdrie is highly prized, as is the close proximity to major shopping centres and the Calgary International Airport, just 15 minutes south on Queen Elizabeth II Highway.   There is a shopping plaza with big box stores and restaurants on the east side of the rail tracks off Yankee Valley Blvd and Genesis Place just opposite the highway offers complete recreational facilities.

Ground has broken on Cooper’s Crossing School, a K-4 facility to open in 2017 with Nose Creek Elementary and St. Martin de Porres Catholic High School in the neighbouring community.  In addition, there are two public high schools serving Airdrie students. 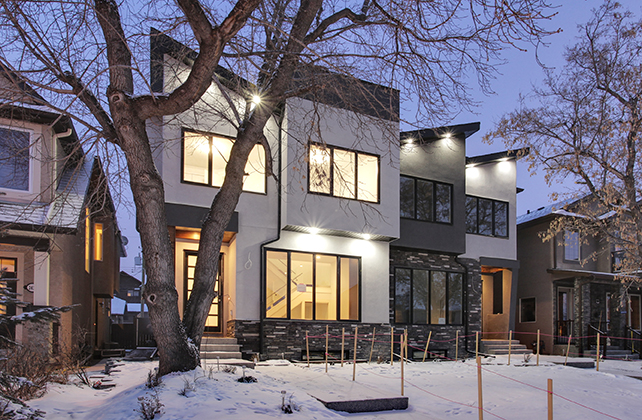 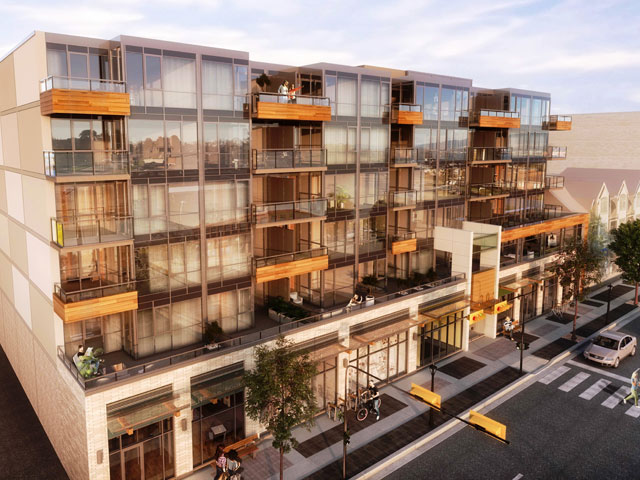